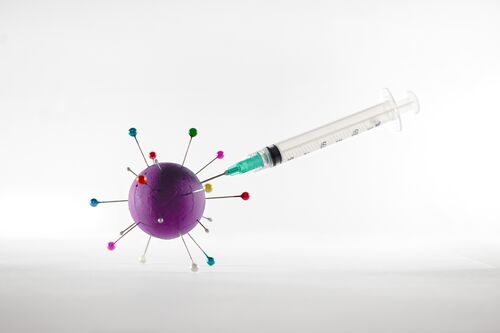 Two groups of people with disabilities have moved up the vaccine queue.

An update to Ireland’s COVID-19 Vaccine Allocation Strategy sees people with disabilities at;

moving up the queue. People aged 16-69 who are very high-risk will now be vaccinated in group 4. Prior to this they had been in group 7.

People whose conditions make them high-risk have also moved up the allocation list.

You can read the updated vaccine allocation groups here, including who falls into the very high risk and high-risk categories.

DFI have lobbied for changes to the system which had been purely based on a person’s age, not their vulnerability due to disability. We had been in touch with the Taoiseach, Minister Donnelly, Minister Rabbitte and the High-Level Task Force on COVID-19 Vaccination to highlight the inadequacy of that system.

We also worked closely with colleagues in other national disability umbrellas, and with a coalition of patient organisations led by the Irish Platform for Patient Organisations.

We warmly welcome this badly needed adjustment. However, some individuals may be concerned not to be named in the high risk or very high-risk categories.

We attended a briefing yesterday by Minister Donnelly on the vaccination update. We understand from this that GPs/clinicians and their clinical judgement will play a major role in identifying who is prioritised. We will watch for how this develops in practice.

There has been no change to the prioritisation of carers. We will continue to lobby on this issue as carers play a vital frontline role in the lives of the person they support.