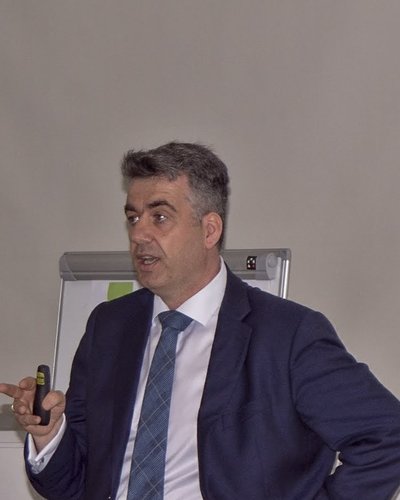 The Charities Regulator, John Farrelly, addressed the DFI AGM this July saying it was not his intention to regulate charities out of existence with red tape.

He said he was working towards a “charities passport” so that voluntary bodies would not have to submit similar information to a wide range of agencies in the public sector.

The Regulator spoke about public confidence saying: “I’d like it to be that a registered Irish charity is given a stamp of quality. I cannot do that at the moment.” His talk generated a lively question and answer session. Attendees said it would be increasingly difficult to get voluntary involvement in smaller charities as the amount of regulation increased.

The outgoing Chair of the DFI Board, Pat Clarke, welcomed some good developments over the past year. However “the overall trend is that things are getting more difficult for people with disabilities, their families and the organisations that support them.”

He specified the figures from spring of this year showing falling incomes for people with disabilities. Housing waiting lists and young people going into nursing homes were other matters of great concern.

Our CEO, Sen. John Dolan said: “The failure of the Government to ratify the UN CRPD - despite repeated assurances from the relevant Departments and An Taoiseach that it would be ratified by end of 2016 - is a source of great frustration and anger for me and every person living with a disability and their families in Ireland.”

“Ratification must happen hand in glove with the ongoing commitment to the provision of extra resources to allow people with disabilities have the same opportunities to equally participate in our national life as their fellow citizens.”

“There is also the ongoing need for a societal change to a mind-set of equality inclusion and the complimentary legislation areas that are needed to support that cultural shift and the focus of resources.”