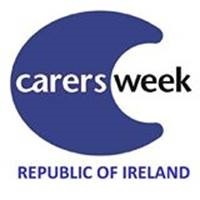 "Tánaiste and Minister for Social Protection, Joan Burton T.D., announced today (8th June, 2015) that one million euros from the Dormant Accounts Fund, has been made available to provide a range of supports for Home Carers.

The Department of Social Protection (DSP) will sponsor the new round of funding, which includes measures to promote supports for Home Carers. The new measure will be administered and managed by Pobal, who today stated that applications will be open to eligible groups from 1st July with a closing date of 22nd July 2015. Pobal will also be providing a series of four regional pre-application information meetings which will take place during the month of June.

The Tánaiste said, "I am delighted to announce that €1m is being made available through the dormant Accounts Fund for project proposals which provide training, information and related support services for Home Carers. The purpose of this measure will be to upskill carers to provide the best care possible, to reduce the risk of injury to the carer and to help them cope with the emotional and psychological aspects of their role. Funding will also be made available to provide for the dissemination of resource information for Home Carers and to provide supports to reduce social isolation experienced by Home Carers." "

Over 130 events will take place nationwide to celebrate and recognise the role of Ireland’s Family Carers.

There are 9 National Organisations who are partners in the week and will be organising events around the country to acknowledge the valuable work and contribution that Family Carers make not only to their individual families but Irish society itself.

For details on events being organised in your county see the website www.carersweek.ie