Slántecare will plan for inclusion of people with disabilities. 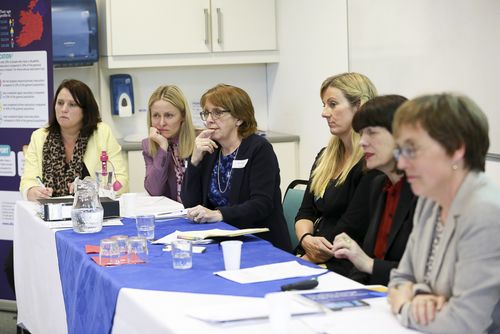 Sláintecare’s Executive Director, Laura Magahy said her team will engage with the disability sector in, “Planning for the inclusion of people with disabilities”.  A seminar DFI hosted after our AGM on June 20th 2019.

On the seminar panel the CEOs of both Arthritis Ireland and the MS Society, Grainne O’ Leary and Ava Battles. Both spoke of the important role voluntary organisations currently play, a role not acknowledged in existing Slántecare plans.

Ms Magahy found little to disagree with in the points raised during a lively discussion from the floor. This followed on from her presentation and perspectives from the panel.

Roísin Shorthall, TD, one of the architects of the original Sláintecare report identified threats to get Sláintecare off the ground. These are overruns in existing budgets, and vested interests. The consensus from the livley discussion was that the HSE and existing services are overcentralised.

Ms Magahy’s said the role of Network Manager in each of the envisioned regions should eliminate a lot of overlap and waste in future.

The new reorganisation of the HSE structures is giving more say in budgets to the regional management. This is good  news for the community based sector in being able to manage over-complex HSE structures.

Ms Shorthall warned the funding for the transition from hospital to community-based care is vital.  But the political will for extra funding for this transition will be difficult to argue for in the current climate of overspending in healthcare.