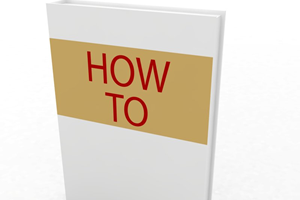 A new approach to Local Government in Ireland

Emphasis is now focused on the local community as the primary driver of change. Radical reform in local government was introduced on 1st June 2014. Behind this reform is an attempt to develop a more streamlined and community focused approach to local decision making, with the active participation of local citizens and local stakeholder groups.

For people with disabilities and the organisations that support them, local government reform presents increased opportunities and stronger avenues to advocate directly with decision makers in our local communities.

The reforms also represent an imperative for disability organisations to become more involved in local government structures and to become active participants at local community level. The newly established Municipal District PPNss (Public Participation Networks) present a key avenue into this process and it is an avenue which DFI recommends our members to avail of.

“…Local government will be the main vehicle of governance and public service at local level – leading economic, social and community development, delivering efficient and good value services, and representing citizens and local communities effectively and accountably.”

The table below demonstrates how Local Government Structures have changes through this reform and how the role and function of the new Local Community Development Committee (LCDC) differs from the former County/City Development Board. (CDB):

Organisations that want to ensure funding and involvement in structuring their local area need to be part of the process. Municipal District PPNs and the subsequent representation onto City/County PPNs and LCDCs are a key avenue to ensure that the issues /proposals of people with disabilities can be heard and acted on.

How can disability organisations and people with disabilities be participants through Community Representation?

The Community and voluntary Sector will be the majority grouping at the Local Community Development Committee. (LCDC) Representation seats will be filled in the following manner:
Municipal District Public Participation Networks. (PPNs)

At Municipal District level the PPNs elect members to represent them at a County wide PPN. Also known as the Secretariat

Eg. In Carlow this means that elections will be held in each of the two Municipal District PPNs and candidates selected from each one will represent the C&V sector on the County PPN.
The County/City Public Participation Network (PPN)

Note: 2 reps each from the from Environment, Social Inclusion and General Community & Voluntary ‘colleges’ ( ‘college’ is a direct reference to Working Group Report on Citizen Engagement with Local Government).

How do I Register my Organisation?

There are a number of ways an organisation may register on a Municipal District PPN:

How to Register with your Municipal District PPN?

From Municipal District PPN to making decisions at the LCDC:

How do these structures support decision making on key issues for people with disabilities?

The Local Community Development Committee (LCDC) will make decisions on a range of community and economic development issues for the foreseeable future. Community and voluntary organisations are represented on that committee by representatives who are elected through the PPNs. If DFI member organisations remain outside of Municipal District PPNs, they cannot participate in the election of community representatives that will eventually make decisions on issues affecting people with disabilities at the LCDC.

Know who to talk to, and who to influence

Have allies to work through issues

Take a planned and strategic approach:

How can I avoid an issue being stuck in a committee, and create an opportunity for a decision to be made which will expedite an issue?

If your organisation and /or your partner orgs want decision makers to make a decision on an issue of importance to your community, it is vital that the group of allies who are working in partnership to progress this issue/proposal have a unified and strategic approach.

The aim of this process is to ensure that on the day when the relevant decision makers sit down at the table to discuss a proposal or issue raised by organisations, each decision maker will already have an insight into the issue, each will have up to date information about it to hand, and each will be aware that everyone around the table has been approached about it. This creates an awareness that the community organisations have combined their efforts, that the issue has been well publicised locally and a groundswell of support exists on the issue in the community.

From PPN to LCDC - A Graphic Overview using Co. Carlow Structures for illustration note all the Structures are in Red

Note: In all 31 local government areas (counties/cities) there are a number of Municipal Districts therefore a PPN is in place for each MD